Mt.Takayasu (488 meters high) is located in the east of Yao city.

Atagozuka ancient tomb is an important cultural property designated by Osaka. It is also called the largest scallop-shaped ancient tomb.This ancient tomb is a round burial mound and has dimensions of 22.5 m diameter and of 9 m high. It was constructed in the late sixth century.

Atagozuka-kofun existed as a grave in the late 6th century including additional burials. After that it also existed as sacred place in about 200 years. However, that 2 pieces of Sueki (unglazed ware) of early Heian period were excavated and black potteries, unglazed potteries,haji plates and Hagama (kama with wing) of middle, later Heian and Kamakura period were excavated in Atagozuka-kofun shows this ancient tomb had been reused since Heian period. Although the reason why Atagozuka-kofun was reused is not unknown,  that excavated fife-ring pagoda and human bones of Muromachi period show this ancient tomb was used as additional burials or graves in the medieval period.

It is large keyhole-shaped tomb (an ancient Japanese tomb of circular shape with a rectangular frontage). This kofun's name "Nishinoyama" comes from name of the hill called "Nishinoyama" located at the east foot of mountain.

(near Osaka University of Economics and Law) 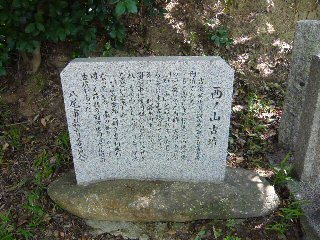 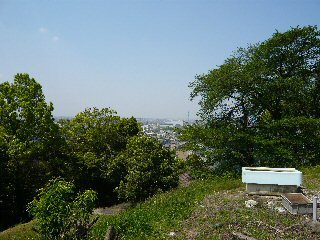 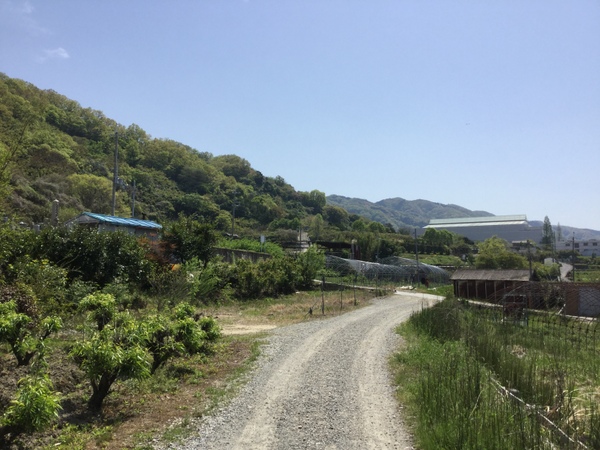 This shrine is located in front of Nishinoyama-kofun.

(near Osaka University of Economics and Law) 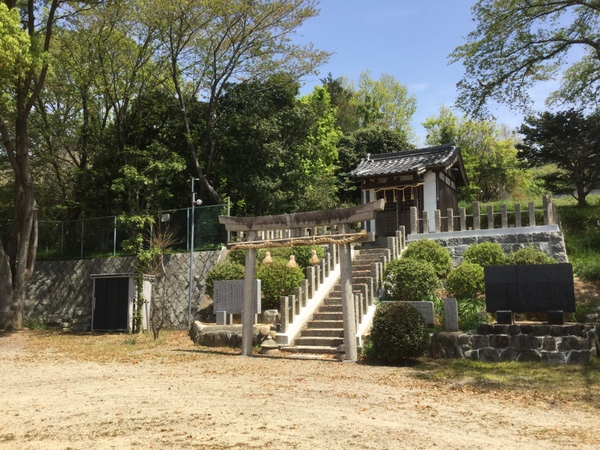 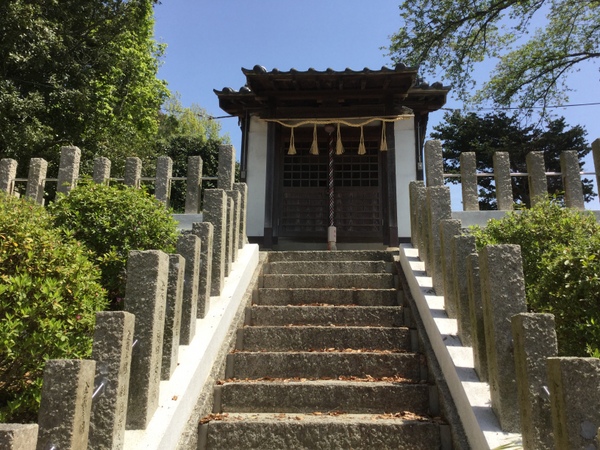 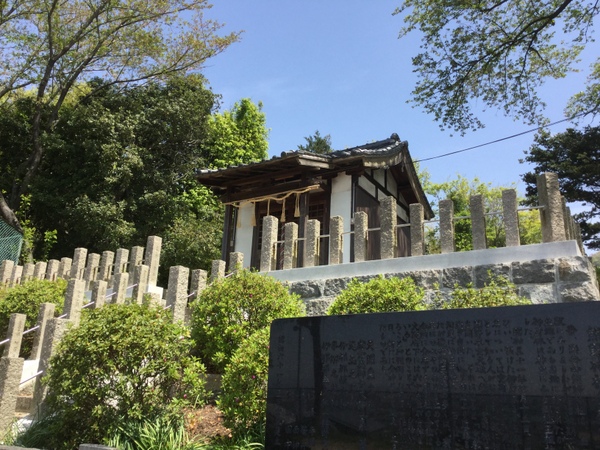 In Osaka Natsu no Jin (Summer Siege of Osaka) , the second shogun, Hidetada TOKUGAWA made base position for battle in this land of Hanaokayama-kofun. In Edo era, a temple called "Fukushouin" existed at the front square of this kofun.

At present Osaka University of Economics and Law exists on the place of Hanaoka-kofun. A full view of Osaka Bay and the Osaka Plain can be seen from Kumano-jinja near the University. 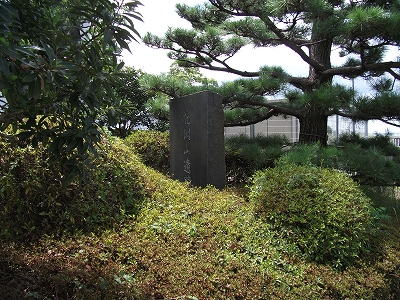 It is large keyhole-shaped tomb (an ancient Japanese tomb of circular shape with a rectangular frontage) constructed in late kofun period using independent hills. The mound was cultivated from early and soils were collected from the back circular part. The ruins of a kiln of late Heian period was found from the south back circular part and it still remains partly.  Kawara (rooting tiles) made here brought to many places of Kinki region including Byodo-in temple in Uji city and Godai-ji temple in Kyoto city to be used. 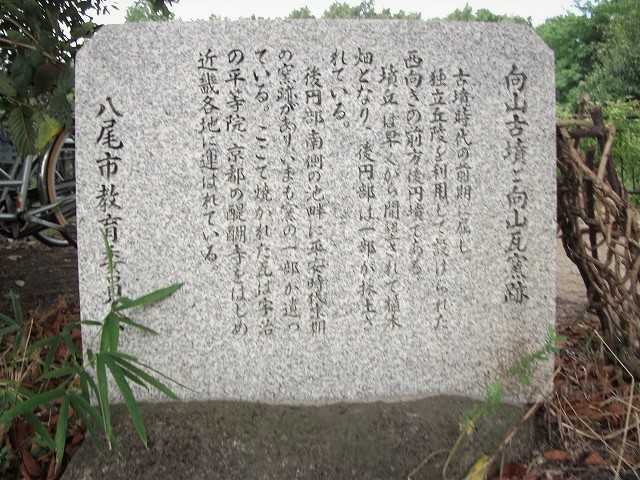 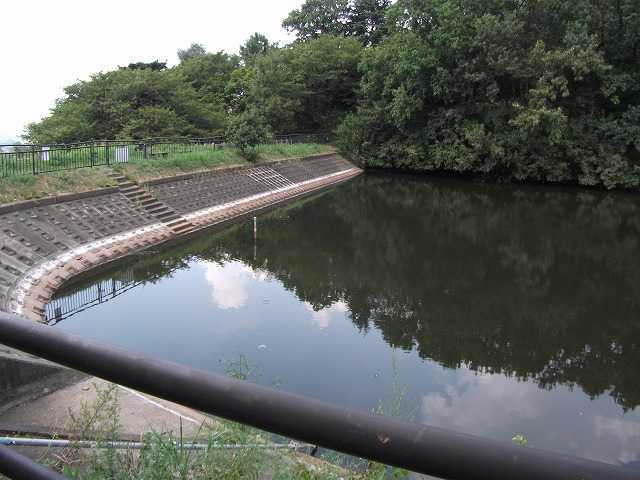 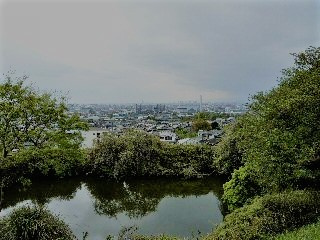 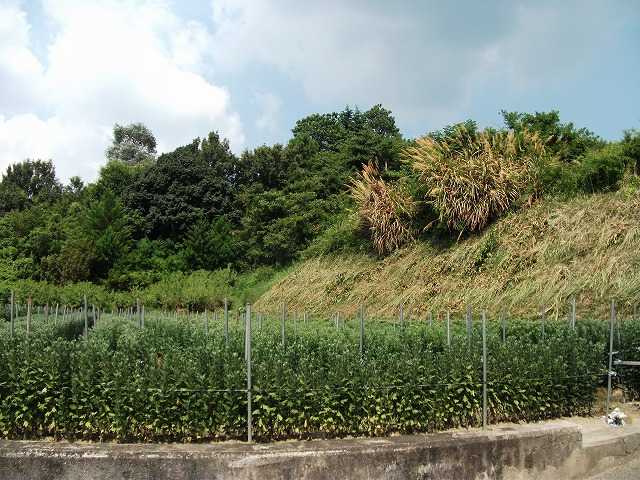 It is a representative large keyhole-shaped tomb (an ancient Japanese tomb of circular shape with a rectangular frontage) in Nakagawachi area, which is located at Otake of Yao city in Osaka. The total length from south to north is 160. Diameter of back circular part is about 92 m and height is about 13 m. The width of front circular part is about 90 m and height is 12 m. In recent yeas Shionjiyama-kofun was developed as a historic park. Burial accessories excavated in survey are on display in Shionjiyama-kofun study center run by Yao city, Osaka. The survey shows Shionjiyama-kofun was constructed in early 5th century of middle kofun period and semms to be a grave for the powerful clan having a control of this local area at that time.

Access : 5-minute walk from Ootake teiryujo by use of a bus bounds for Hyotanyama station from Yamamoto station (Kintesu Line). 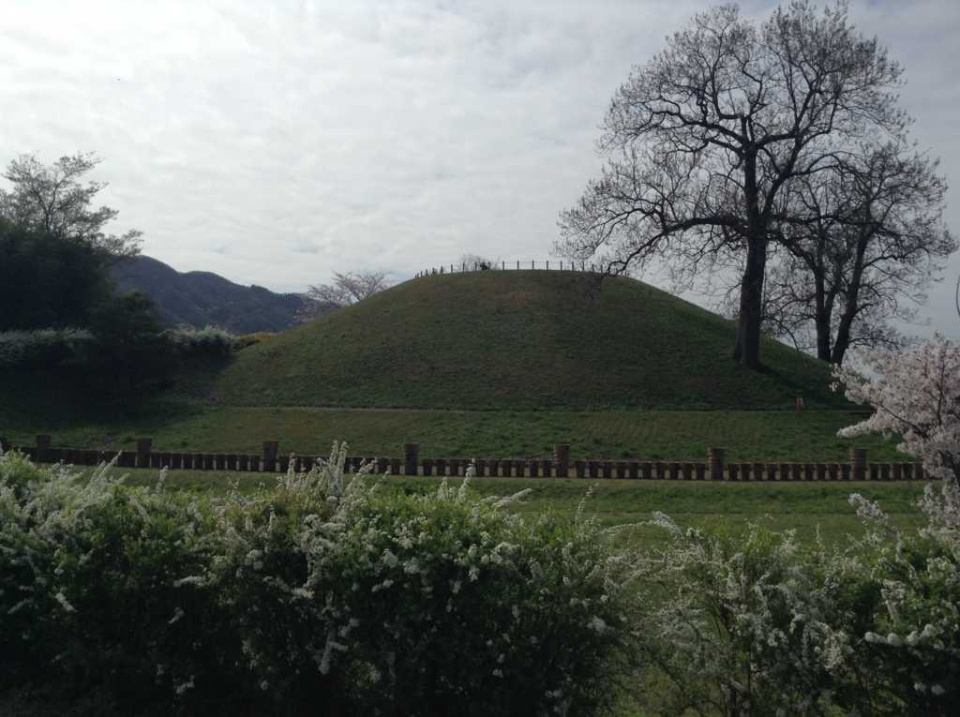 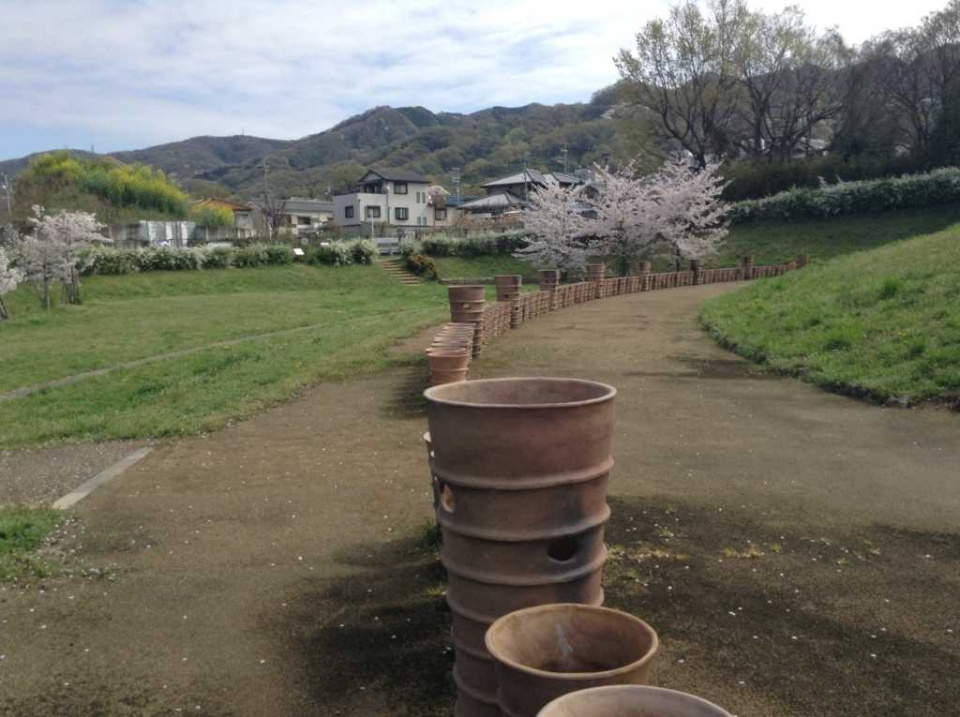 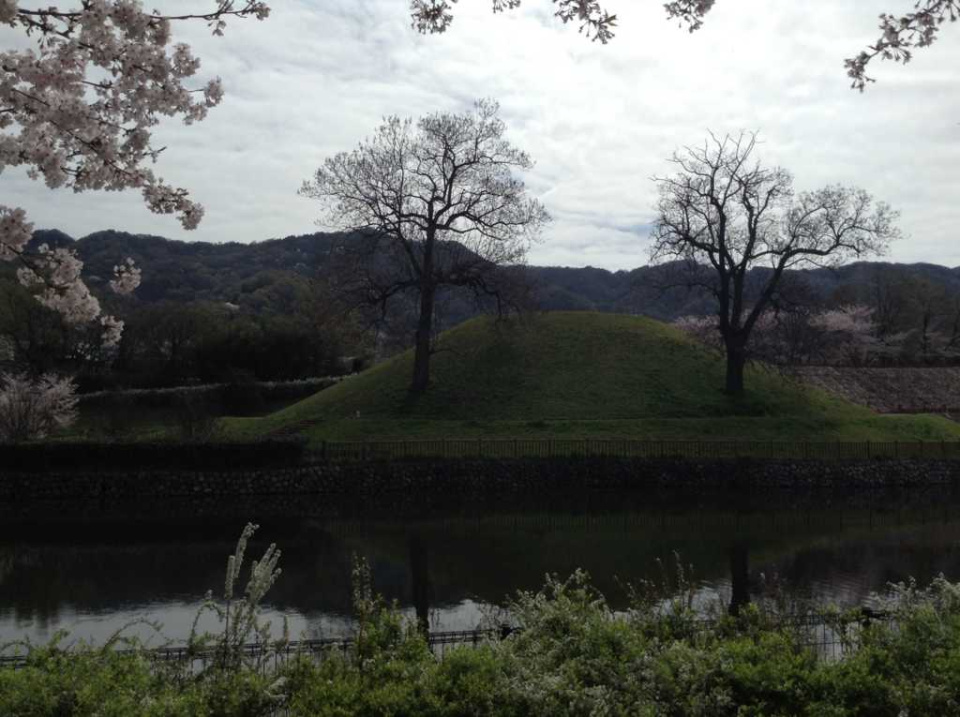 It is 17m high and called "Matsuyama" or "Fukutsuyama" informally. It is moat type keyhole-shaped tomb. Clay and soils were collected some years ago and  a small shrine exists at the trace. Vallum remains on the top of mound. Two traces of burial mounds were found and also debris of box-shaped funerary urn made of stone were excavated from this kofun. That haniwa in the shape of a broad-rimmed vase, cylindrical haniwa and lid-shaped Haniwa were excavated from the surrounding Kagamizuka-kofun shows thst it was constructed in late 5th century. 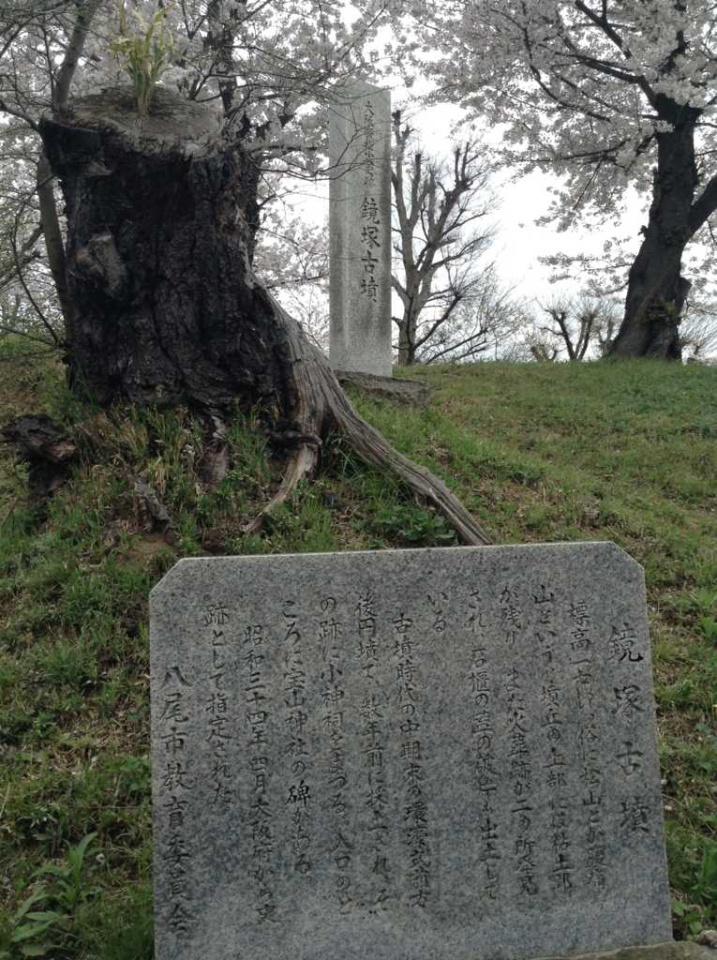 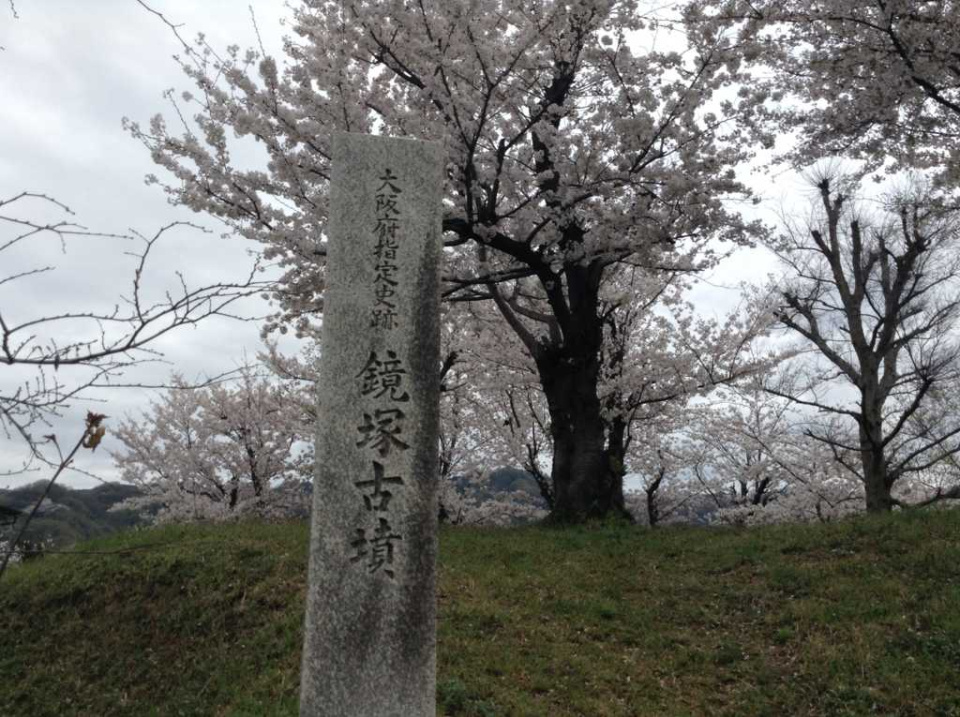 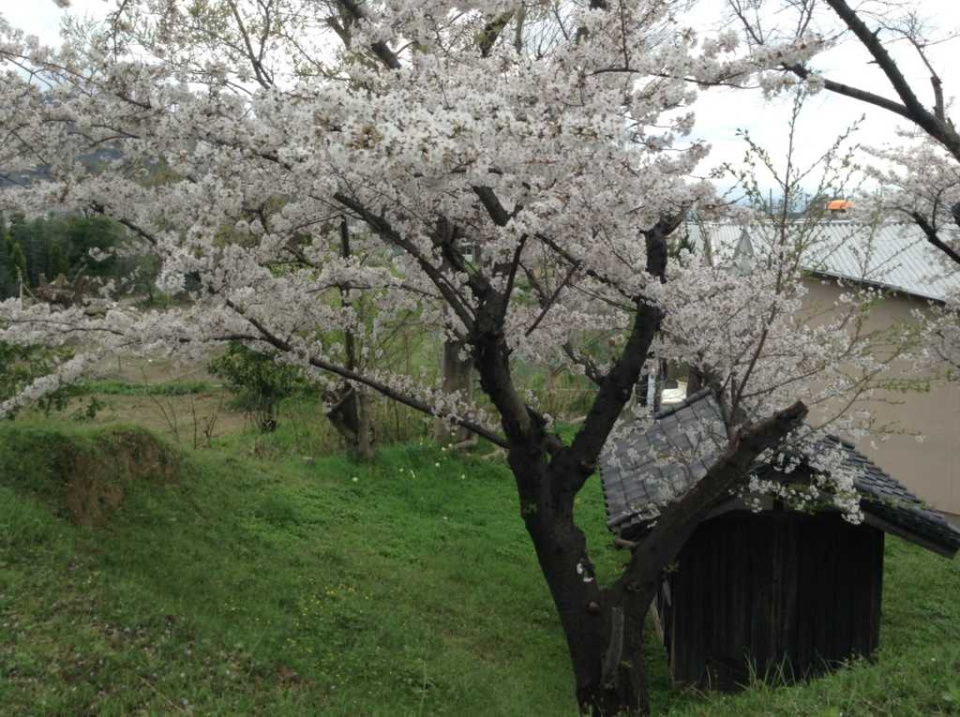 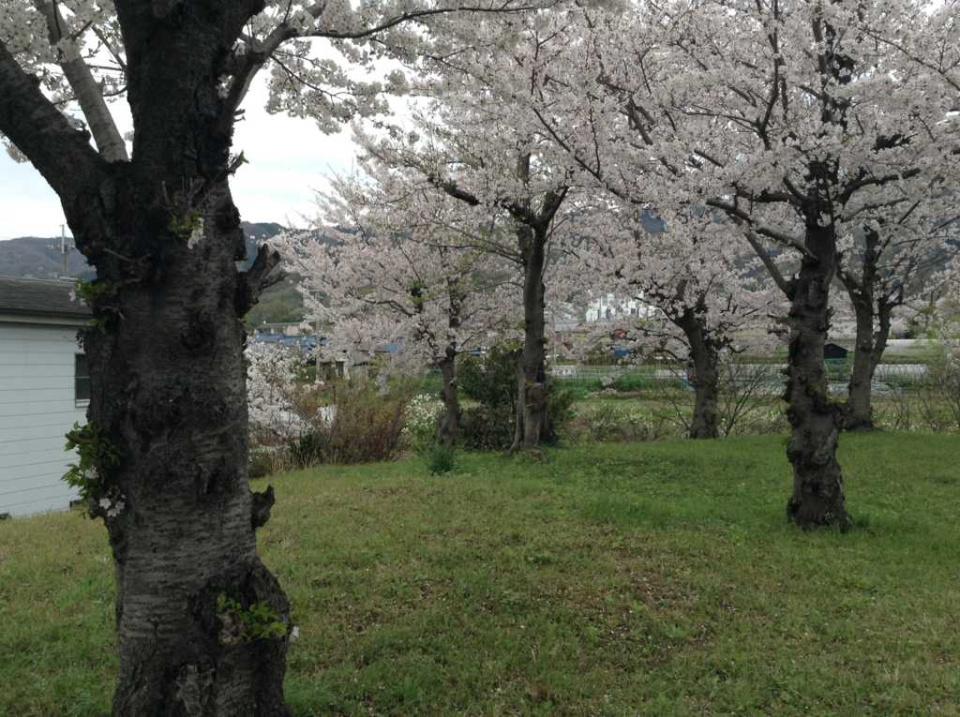